I had the wonderful opportunity to be interviewed by the Prince of Soho, the legendary Bernie Katz for his show on the fabulous Soho Radio yesterday. if you want to listen to the show with my live psychic readings it is embedded here,

I bumped into Bernie at the Groucho club’s 30th birthday party and he suggested I popped in. I did live singing psychic readings of Bernie, Katie his producer, Rosie another guest and chatted about my SONGS OF SOHO webseries as well as my upcoming shows for Best of the Fest and Camden Fringe.
Vine clip after the show 😉 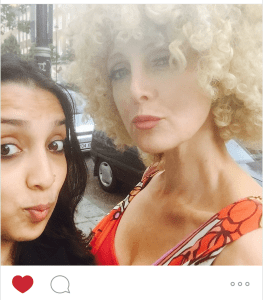