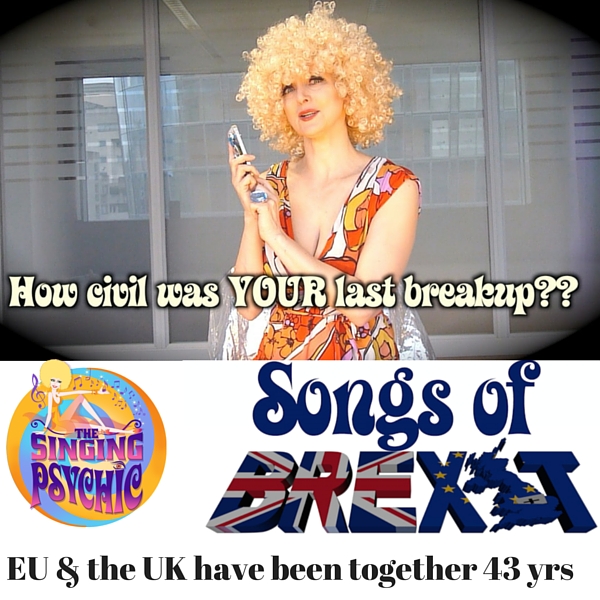 How do you think the EU will react if the UK after 43 years of togetherness? In Episode 6 I look at the trade renegotiations that will have to happen if the UK does indeed leave the EU after the June 23rd EU Brexit referendum.

'Cry Me A River' Ep 6 EU trade agreement… by TheSingingPsychic

Episode 6 is about renegotiation of new trade agreements if the UK does leave the EU on June 23rd, possible outcomes, other country examples of trade negotiations and of course the good stuff the songs to go with them all.

The Singing Psychic reads the songs in everyone’s hearts and every Londoner’s heart is singing ‘Should I Stay Or Should I Go Now?”. So she has made a 16 episode webseries looking at the pros and cons of the EU/Brexit debate – no yelling, just balanced facts and figures but with song.

There will be a new video up daily every weekday (Mon to Fri) until the Brexit vote June 23rd.