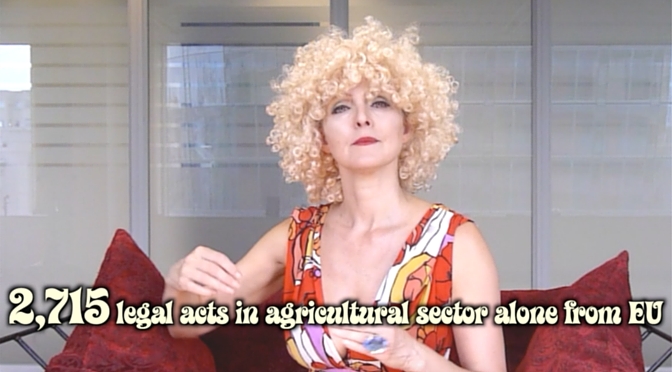 Episode 10 is the first of 2 short videos on the UK farming industry within SONGS OF BREXIT, this one focuses on how the imports and exports of the UK agricultural issues.

'Old Macdonald had a farm' UK farmers… by TheSingingPsychic

Facts include 38% of all lamb and mutton sales go to the EU (non UK) and £200 million of lamb was sold to France in 2014 alone. There has been no sales of UK beef to the USA since the BSE scare, 20 years ago
73% of all UK agricultural goods which are exported go to the EU, whilst 70% of UK imports of agricultural goods and products come from the EU.
The NFU (National Farmers Union) has stated the ‘absolute priority that UK farmers and growers have access to non-UK born workers in all areas of their operations.
There are 2,915 agricultural acts that UK farmers have to follow plus an additional 1,918 acts relating to product and food safety.

There will be a new video up daily until the Brexit vote June 23rd.