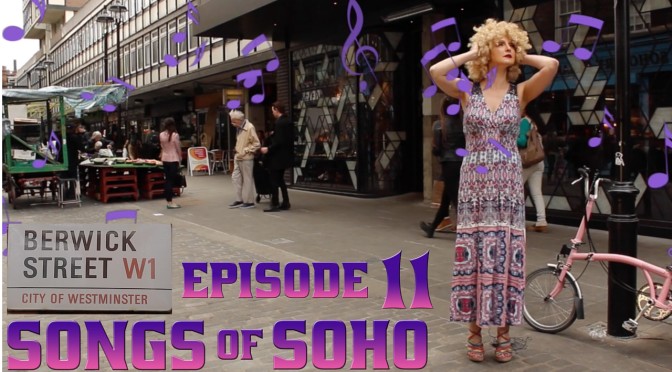 Berwick Street has had a market there for many years and even Marc Bolan’s mum had a fruit and veg stall there. Another Soho street which screams musical history

Episode 11 of comedy web series SONGS OF SOHO in which The Singing Psychic reveals what the very buildings themselves sing to her.
Please like the video and subscribe if you enjoyed it!