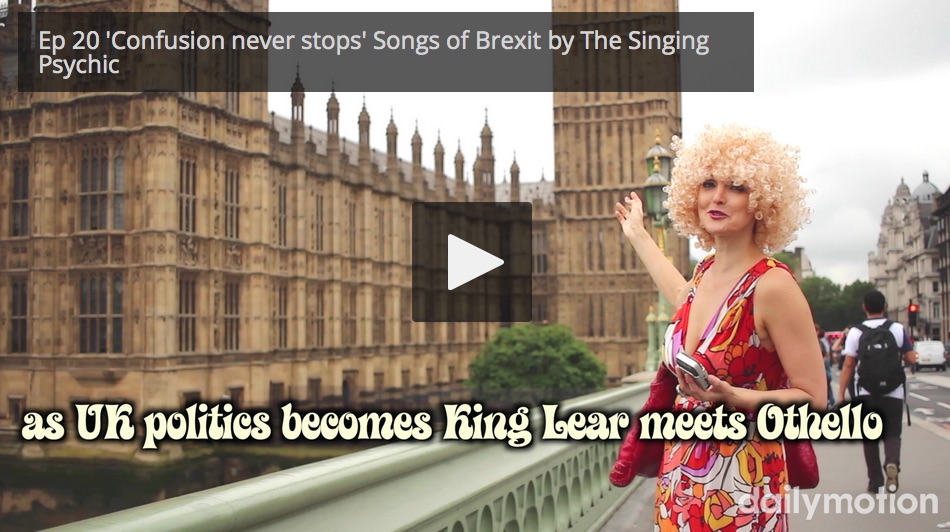 Episode 20 is the post Brexit result episode from the songs THE SINGING PSYCHIC heard on the day of the referendum itself from Big Ben and the Houses of Parliament. This webseries SONGS OF BREXIT has a while to go…
As always, balanced facts and figure, no yelling but with song.

Next episode ‘Would I lie to you?’

The Singing Psychic reads the songs in everyone’s hearts and every Londoner’s heart was singing ‘Should I Stay Or Should I Go Now?”. So she has made a 20 episode webseries looking at the pros and cons of the EU/Brexit debate – no yelling, just balanced facts and figures but with song.

There was a new video up daily until the Brexit vote June 23rd and now they will be weekly.