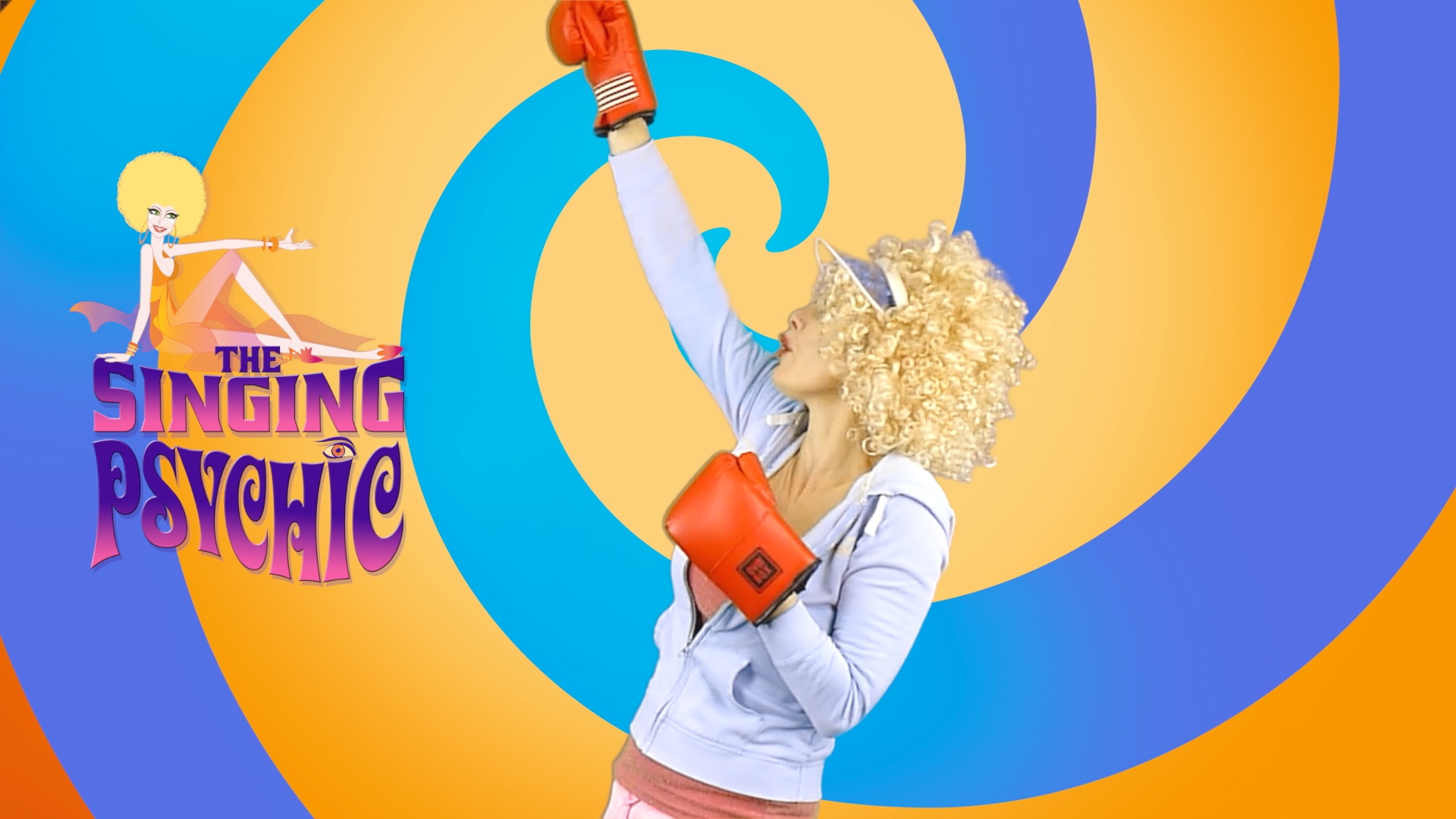 I know I saw some of you at my New Year’s Eve gig but now we are all focused on a new year, and making this one count! On the back of this i am staring a Sunday afternoon series of videos on strengthening your will power and achieving your goals! The first one is below!

Plus my London shows are here again, one tonight (as featured in TIME OUT London) Tues Jan 17th 2017.

The Singing Psychic Monthly Game Show at the Phoenix!  £5 ticket

Come play psychic bingo and fun 70s team games with The Singing Psychic! With live audience readings, this fun-filled game show of prizes, song and spookily accurate, if slightly bonkers relationship advice will ’keep you laughing long after you have left (Younger Theatre ****) Come with a friend but you will leave with many more.

The Singing Psychic has ‘read’ the songs in her audiences’ hearts across Europe in 2016 including her award nominated sell-out Edinburgh Fringe run (Best Show, Funny Women), the Brit Awards Official After-Party at the O2,  Cannes Film Festival, Prague Fringe Festival plus her 120 videos including her ‘Songs of Brexit’ webseries as seen on London Live TV. The game show is new  – where 70s games and Singing Psychic readings make for a truly bonkers night out.

Reviews of The Singing Psychic

★★★★★ Completely bonkers in a good way (London Theatre 1) ★★★★ “A stunning 4 star performance” (Comedy Coroner) ★★★★ ‘Good vibes that will leave you laughing long after” Younger Theatre ★★★★Can work a crowd like no other (Grumpy Gay Critic) ★★★★ A gloriously entertaining night out (Female Arts) ★★★★ Certainly knows how to entertain (Three Weeks).  ‘No one sings those songs like you do’ (Jeff Beck)

The Singing Psychic ‘reads’ the songs in people’s hearts and also the music around her in the environment, she literally walks through a world of music. With live audience readings and stories of how The Singing Psychic discovered her extraordinary psychic gifts, this fun-filled coming of age solo theatre piece has song, spookily accurate relationship advice and had great reviews. To quote The Scotsman ‘the only person on the planet that looks at your life and your relationships by looking at the songs I hear in your heart’

The Singing Psychic has appeared a few times on TV and radio plus online there are 120 videos,  London Live TV interview http://www.dailymotion.com/video/x4m3sji_london-live-tv-interview-singing-psychic-live-readings-all-about-her-live-fringe-shows-aug-15_fun

Although the show has a huge interactive element with the audience, the heart of the show is a solo theatre piece on following your dreams, parental pressures and what it takes to truly embrace yourself just as you are, directed by Colin Watkeys (Ken Campbell, Claire Dowie director).