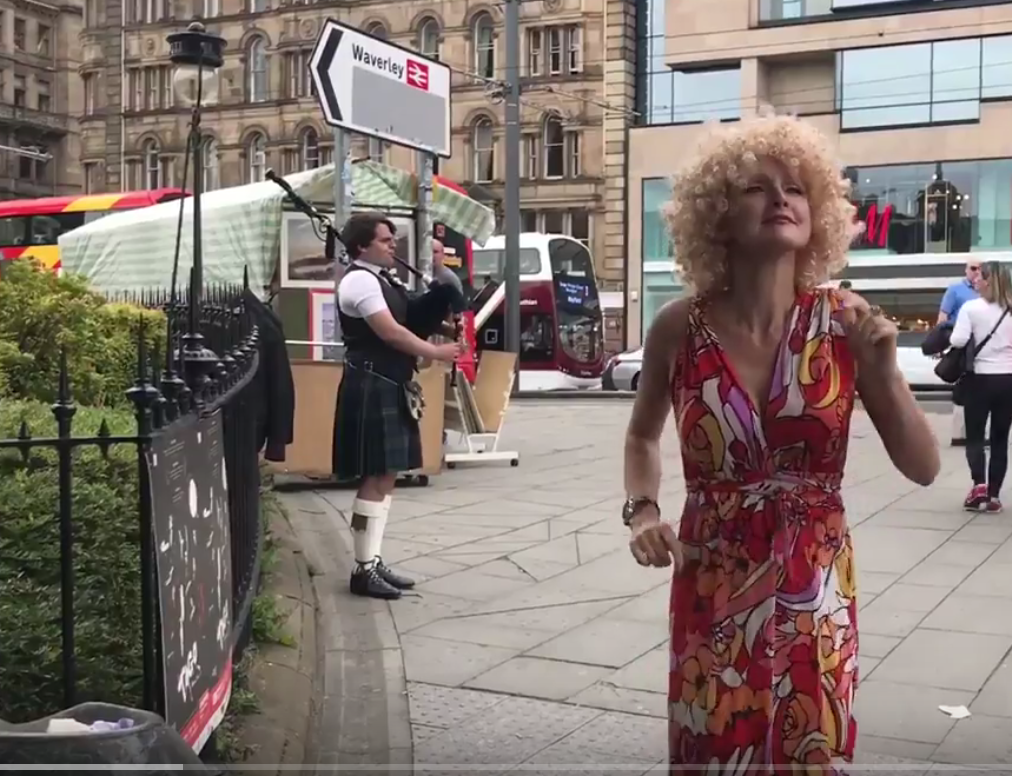 Last year The Scotsman wanted to see the joy of The Singing Psychic reading the buildings of Edinburgh. It was their most watched video of Edinburgh Fringe 2017!! So they asked me to record an new one, with all new buildings for 2018, we have recorded it and it will be out soon. Here is the video of the whole SONGS OF EDINBURGH, recorded exclusively for The Scotsman.

They said this about me 😉

One eccentric psychic is letting her powers loose on the streets of Edinburgh during this year’s Festival Fringe.

Maryisa Trembecka interprets the language of the city’s historical walls through chart hits.

The actress has already taken Prague and Soho by storm and now she’s reading Edinburgh’s history for The Scotsman.

In a history lesson like no other, London-based Trembecka channels lyrics from John Lennon’s ‘Imagine’ and Cyndi Lauper’s timeless ‘Girls Just Want To Have Fun’ to teach entertaining history lesson on subjects ranging from James I to women’s rights and canonisation of St Jiles to the Reformation.

Sensing ‘musical heat’ while ambling down The Royal Mile, she stops by significant historical landmarks such as John Knox House, the Scotsman steps and Scott Monument.

At each location, Trembecka’s Singing Psychic tunes into the spiritual frequencies of Edinburgh’s spellbinding sights.

“I’m really interested in educating and inspiring. These are the songs Edinburgh sings,” Trembecka says.

During the day, the unconventional psychic can be spotted around Edinburgh as the city speaks to her, often amidst a swarm of tourists.

And her psychic abilities even work on visitors to this year’s Fringe, too.

In her show at The Voodoo Rooms, ‘The Singing Psychic GameShow’, Trembecka promises to read the songs trapped within the hearts of her audiences.

“You leave happier, inspired, entertained, and educated,” the psychic added.

Offering a wealth of life advice and sifting through her audience’s souls, Trembecka’s show is an uplifting celebration of humanity and promotes uncompromised compassion.

“My stage got stormed by the entire audience hugging each other,” she says enthusiastically.