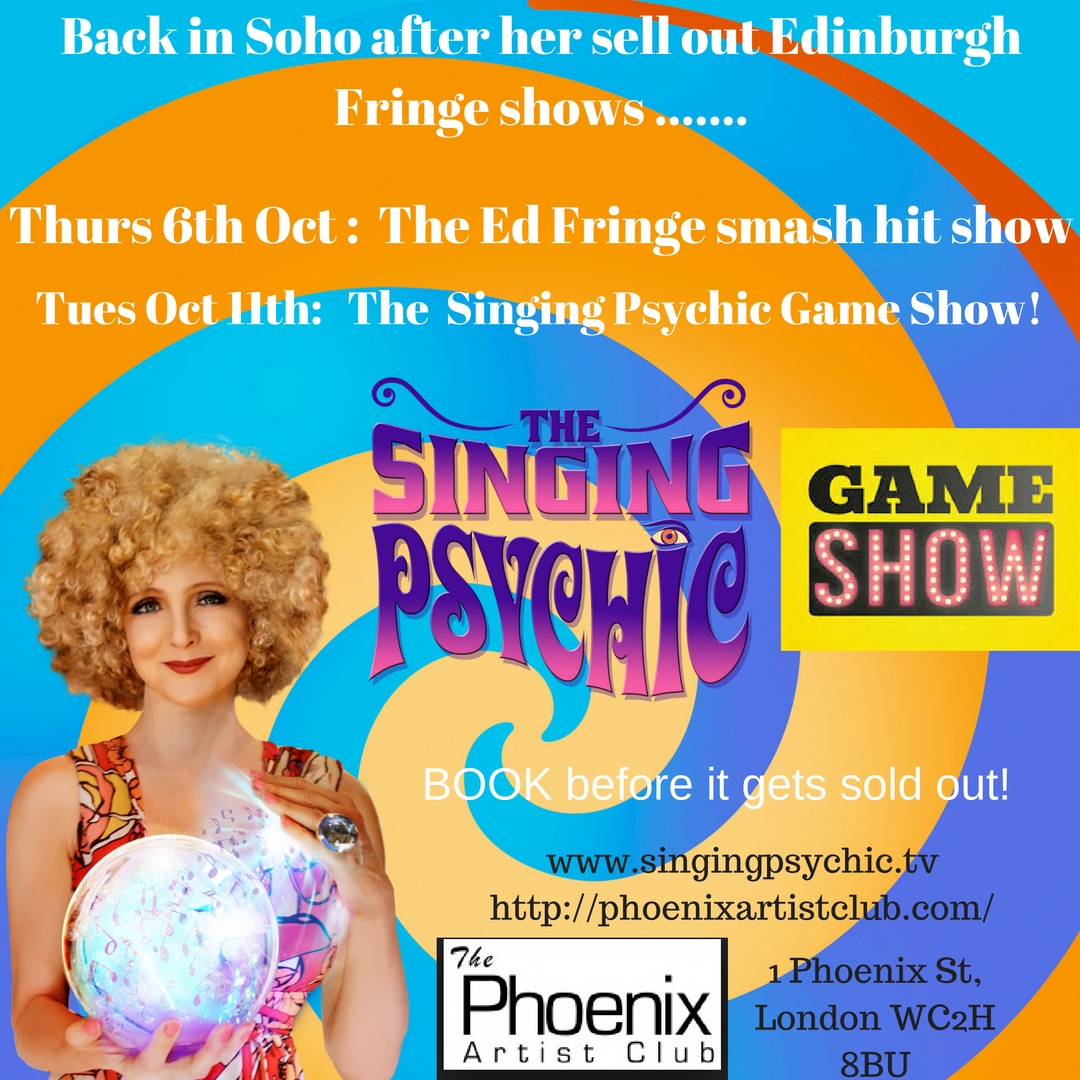 Trailer for my London gigs

The Singing Psychic brings her hit EdFringe… by TheSingingPsychic
My hit Edinburgh Festival Fringe show is coming to London in October 2016, I even had to book extra shows in at EdFringe by popular demand.

With live audience readings and stories of how The Singing Psychic discovered her extraordinary psychic gifts, this fun-filled show of song, spookily accurate relationship advice and explanation of why some celebrities are fated to go wild, could transform you!

The Singing Psychic reads the songs in people’s hearts and also the music around her in the environment, she literally walks through a world of music.

Although the show has a huge interactive element with the audience, the heart of the show is a solo theatre piece on following your dreams, parental pressures and what it takes to truly embrace yourself just as you are, directed by Colin Watkeys (Ken Campbell, Claire Dowie director)

The Singing Psychic is bringing her hit EdFringe show back to London, last time we sold-out at the Phoenix so book early! She has performed in 2016 at The Brit Awards Official After-Party at the 02, Cannes Film Festival, Prague Fringe Festival and did a week’s run at the Camden Fringe 2015. Online, her 120 videos include her ‘Songs of Brexit’ webseries as featured on London Live (Marysia is an ex banker), her ‘Song of The Week’ forecasts and the 13 part webseries Songs Of Soho looking at what the buildings sing to her. She is planning weekly videos of the Edinburgh buildings, watch out for ‘Songs of Edinburgh”

**** Holds the audience in the palm of her hands.. a stunning 4 star performance’ Comedy Coroner

**** ‘leaves you laughing long after you have (left)” Younger Theatre

**** Can work a crowd like no other Grumpy Gay Critic