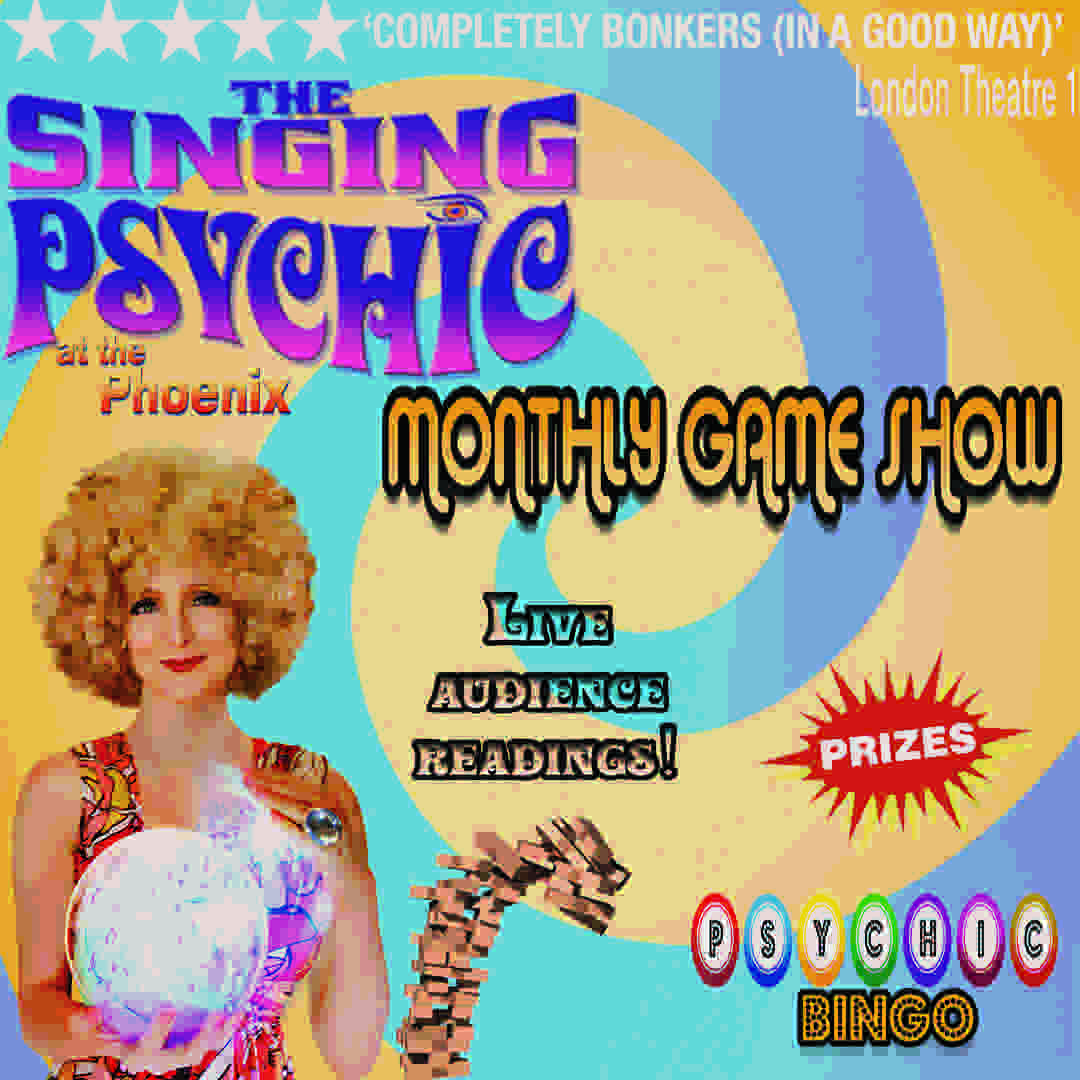 Hello lovelies! Yes after my October shows which also saw me do the first ever SINGING PSYCHIC GAME SHOW… I have now booked four more shows. so bring your friends along and lets play psychic bingo, jenga and other fun team games!

The Singing Psychic Monthly Game Show at the Phoenix!

Come play psychic bingo and fun team games with The Singing Psychic! With live audience readings, this fun-filled game show of prizes, song and spookily accurate, if slightly bonkers relationship advice will ’keep you laughing long after you have left (Younger Theatre ****) Come with a friend but you will leave with many more.

If you want to see the award nominated Edinburgh Fringe Show then I have just booked 6.30pm, Sat Feb 18th 2017 at the Vaults, Waterloo. Tickets go on sale Dec 3rd as part of Vault Festival.

★★★★★ Completely bonkers in a good way (London Theatre 1) ★★★★ “A stunning 4 star performance” (Comedy Coroner) ★★★★ ‘Good vibes that will leave you laughing long after” Younger Theatre ★★★★Can work a crowd like no other (Grumpy Gay Critic) ★★★★ A gloriously entertaining night out (Female Arts) ★★★★ Certainly knows how to entertain (Three Weeks). No one sings those songs like you do (Jeff Beck)