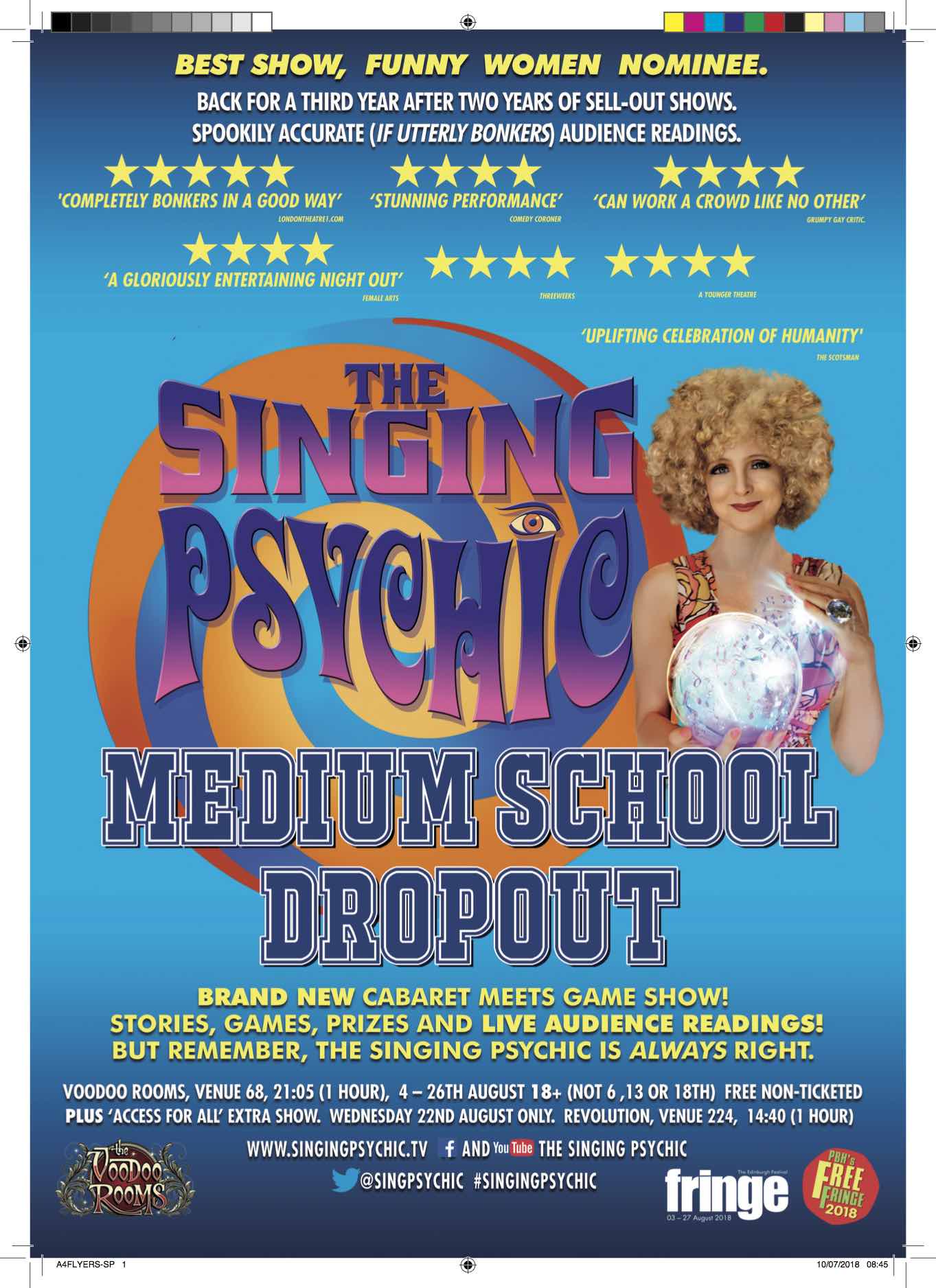 After selling out at Edinburgh Fringe in both 2016 and 2017, (and a Best Show, Funny Women nomination) The Singing Psychic could not wait to return with her brand new show. But the biggest attraction, as ever, will be her spookily accurate (if utterly bonkers) audience readings. She’ll reveal and perform the songs in your heart, give relationship and life advice, and answer your deepest questions – is that man really right for you? Offering a wealth of life advice and sifting through her audience’s souls Trembecka’s show promotes uncompromised compassion and silliness.

The Singing Psychic reveals her time in Medium School where she was the only Singing Psychic in a roomful of tarot card readers who don’t believe in Singing Psychics and how she first discovered her spirit guides: Maria Callas who hates all men and Edith Piaf who adores young men! WARNING- they can be pretty disruptive! She also leads the audience into the games used to increase her psychic powers including psychic jenga.

‘Completely bonkers in a good way’ ***** LondonTheatre1.com. ‘Can work a crowd like no other’ **** Grumpy Gay Critic. ‘A gloriously entertaining night out’ **** Female Arts.

But remember, the Singing Psychic has two strict rules – one is that the secrets she reveals in the room, stay in the room and the other is that she is ALWAYS right.

Her musical second sight is extraordinary, she even knows the songs of your birth. She explains: “I walk in a world of music – even the buildings sing to me. The power is so strong that I no longer can go to weddings because I will see your fiancé’s true desires.”

After the show everyone gets a card with the title of song that will guide them through the month.

. Access For All one off show: Wednesday 22nd August 14.40, Revolution