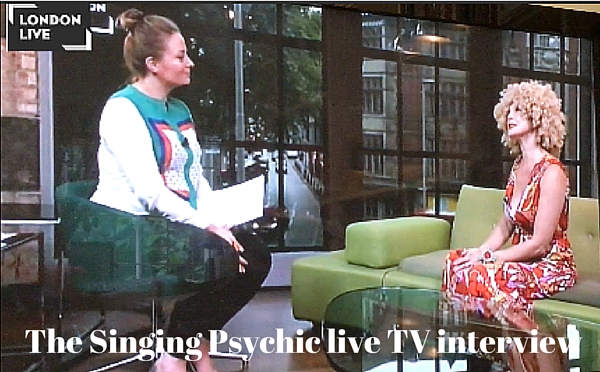 The lost interview emerges 😉
Last August 2015, The Singing Psychic was interviewed on London Live TV ahead of her Camden fringe shows. We thought her first live TV appearance was lost. However the fabulous Catherine Arton, producer, casting director and all round wonderful woman realised she had this still recorded on her TV for posterity!

London Live TV interview Singing Psychic – live… by TheSingingPsychic
So yes there are some interesting camera angles as it was recorded playing on a TV but… it is a fun interview and explains all you need to know to get yourself to the nearest Singing Psychic gig!
Of course the next Singing Psychic gig is indeed tomorrow, Thursday 28th July 7pm in London before the run in Edinburgh

Link for more info and buy tickets is https://www.ticketsource.co.uk/event/EHEEJH